Regridding, also called remapping or interpolation, is the process of changing the grid that underlies data values while preserving qualities of the original data. Different kinds of transformations are appropriate for different problems. Regridding may be needed when communicating data between Earth system model components such as land and atmosphere, or between different data sets to support operations such as visualization.

Regridding can be broken into two stages. The first stage is generation of an interpolation weight matrix that describes how points in the source grid contribute to points in the destination grid. The second stage is the multiplication of values on the source grid by the interpolation weight matrix to produce values on the destination grid. This occurs through a parallel sparse matrix multiply. ESMF can be run so that only interpolation weights are generated, or so that weights are both generated and applied, or so that weights that come from some external source can be read in and applied.

Ways to use ESMF Regridding

There are several ways to use ESMF regridding.

All tested and supported regrid methods 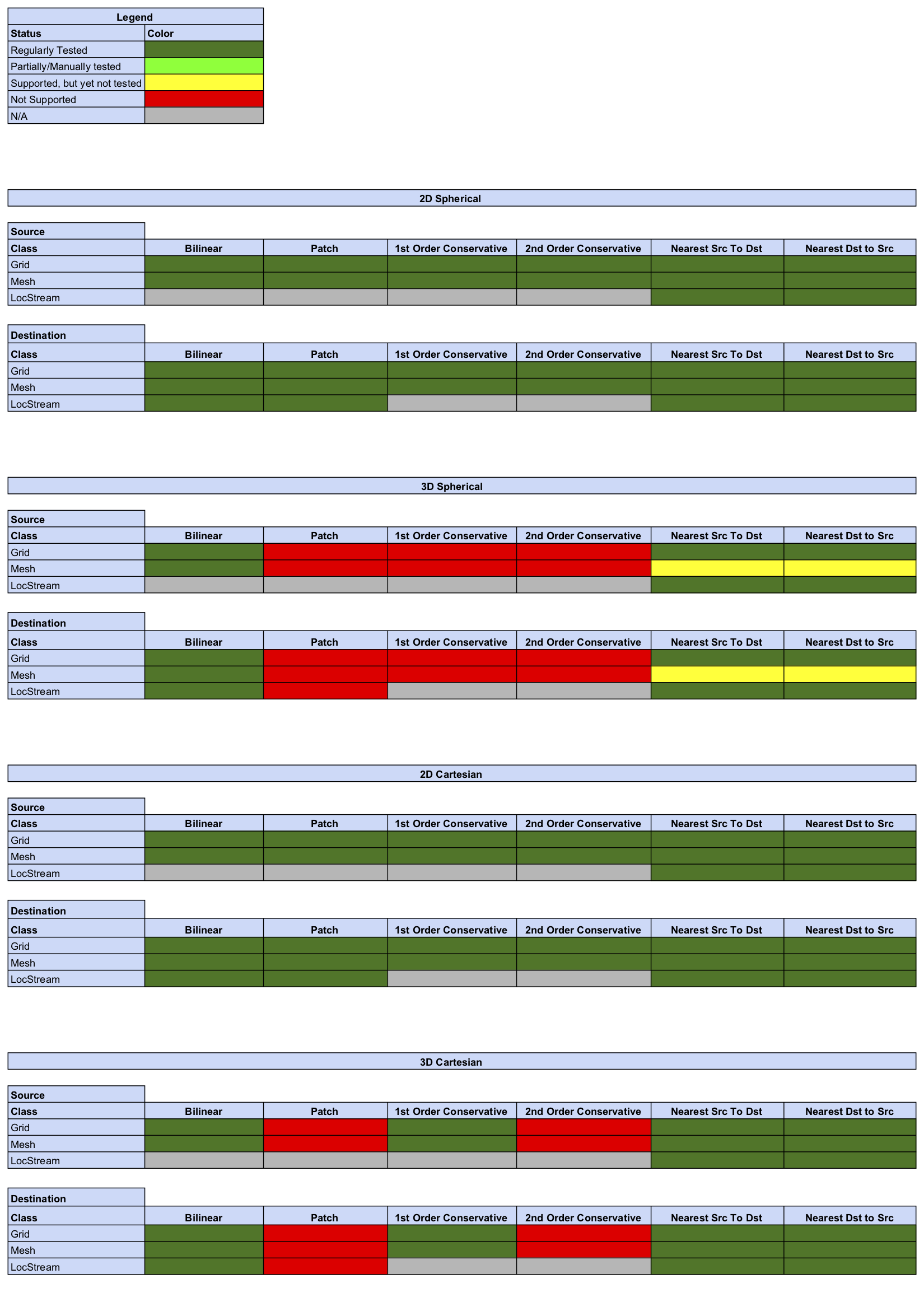